Don’t Labor Over LIBOR: The Transition to Risk Free Rates 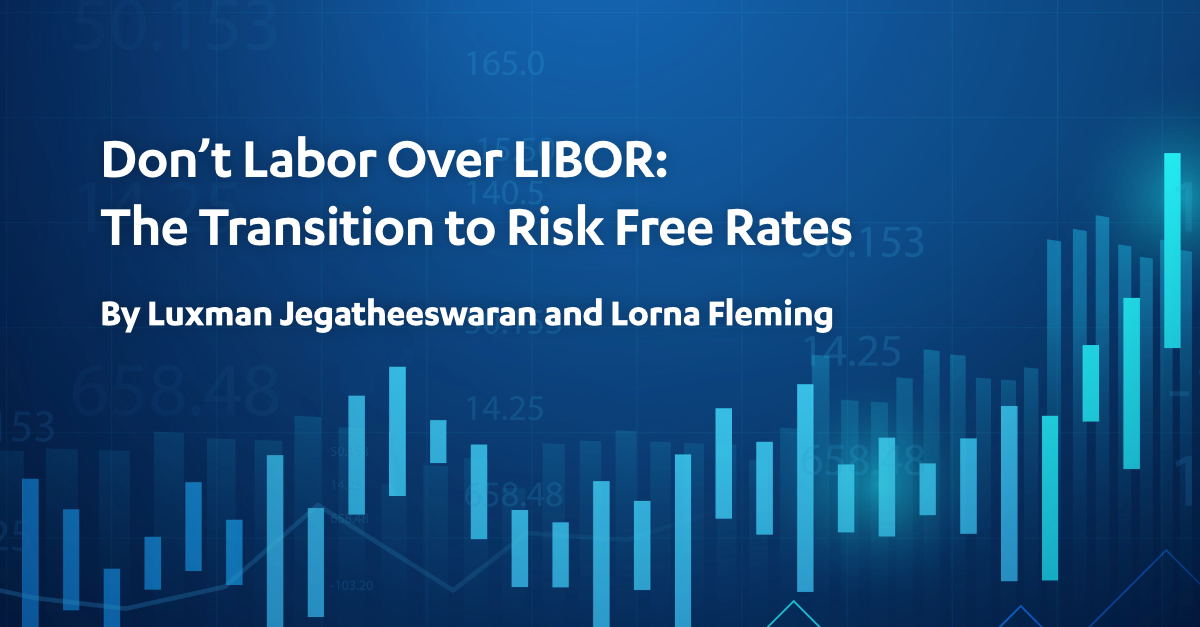 Don’t Labor Over LIBOR: The Transition to Risk Free Rates

By Luxman Jegatheeswaran and Lorna Fleming

After more than four years of anticipation, intrigue and quite a bit of uncertainty we are quickly approaching 1 January 2022—the date when the London Interbank Offered Rate (LIBOR) will be discontinued. For the first time in more than 35 years, the way we calculate interest rates will no longer be a straightforward process.

The market has taken the news in stride: after a long waiting period, we’re finally starting to see new issues of leveraged loans and syndications benchmarked to risk free rates (RFRs) like the Sterling Overnight Interbank Average Rate (SONIA) and the Secured Overnight Financing Rate (SOFR). In the American market, real estate lender Walker & Dunlop will issue the first leveraged loan in the U.S. benchmarked to SOFR, according to a report from Bloomberg.

However, there is still more work that needs to be done. GLAS encourages borrowers and lenders who have yet to amend existing transactions, to come together as soon as possible to implement RFR amendments before the 1 Jan. deadline.

At GLAS, we have been at the center of this work onboarding new RFR-based deals as well as incorporating RFR amendments into our existing portfolio. In our work on more than 300+ RFR transactions, we have identified several often-overlooked details associated with deal documents benchmarked to the new RFRs that deal parties should heed when negotiating new transactions or amendments.

As part of the new RFR regime, interest will now be calculated as the aggregate of margin, compounded reference rates and credit adjustment spreads. In reviewing transactions including RFRs at their outset, we’ve found that the Compounded Rate Currency is often defined as a “Currency which is not a Term Rate Currency,” leaving the agent to deduce what the appropriate currency might be. Thus, we recommend that the actual currency be exclusively stated in the definition and made clear in the Reference Rate Terms.

In a number of transactions that include Credit Adjustment Spreads, we’ve commonly found that these rates are not included in the Reference Rate terms, presenting a problem for the reviewing agent. These rates should be clearly stated in the respective schedule. If deal parties intend to use the rates as published by Bloomberg, it should be noted in the documentation that these rates were fixed on 5 March 2021.

Getting Your Dates Right

The announcement from Financial Conduct Authority on the 5 March 2021, stipulating the discontinuation of LIBOR will be discontinued— the Rate Switch Trigger Event Date Notification—should be recognized in the main credit agreement of all new loans. Within the documentation, deal parties must acknowledge that the GBP LIBOR rate switch trigger date is 1 Jan. 2022, and the USD LIBOR rate switch trigger event date is 1 July 2023.

To learn more about our preferred approach for drafting RFR-related provisions please reach out to us at rfr@glas.agency.