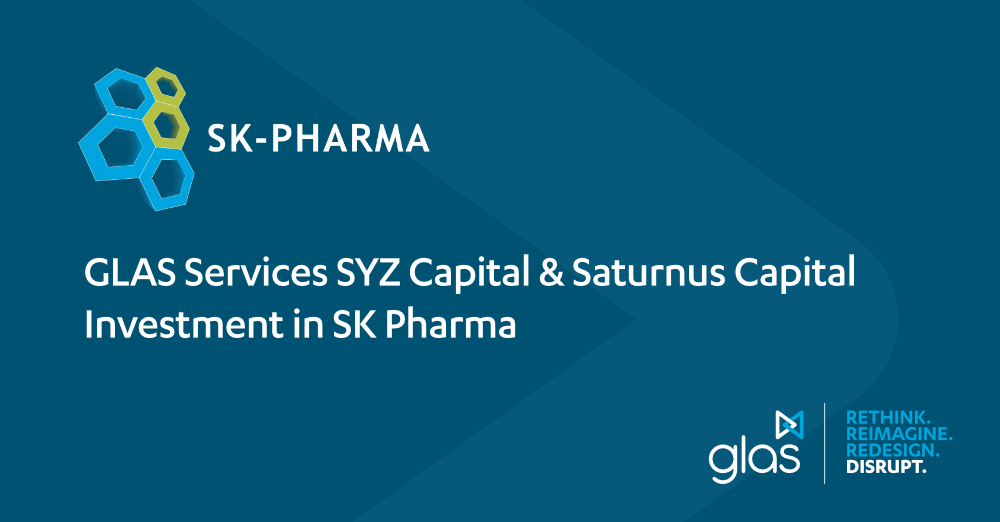 GLAS Frankfurt is pleased to announced that SYZ Capital and Saturnus Capital appointed the firm as Facility Agent and Security Agent on the debt facility financing of their controlling stake in German Pharmaceutical Logistics firm SK Pharma.

GLAS congratulates SYZ Capital, a boutique private markets investment specialist based in Switzerland, and Saturnus Capital, a private equity firm focused on mid-market investments in the DACH region, on the successful transaction. The law firm Hogan Lovells has acted as Counsel for the Lenders under this transaction.

GLAS Frankfurt’s appointment on this transaction continues the firm’s momentum in German middle market M&A. GLAS Frankfurt is a regulated entity under PSD2 (Payment Services), holds a Collection License under German law and has successfully closed over 70 transactions since it opened its office in December 2020.

If you would like more information about GLAS Frankfurt or have questions regarding the firm’s role in this transaction or would like to know more about its licenses, please contact the team members listed above.

About GLAS
Global Loan Agency Services Limited was established in 2011 as an independent provider of institutional debt administration services. The company was originally created to provide the market a willing participant in complex loan restructuring transactions where many large institutions are reluctant to take swift and cooperative action. It offers a wide range of administration services developed specifically for the debt market. GLAS is recognised as the premier independent, non-creditor, conflict-free provider of loan agency and bond trustee services, with excess of EUR 110bn of assets under administration on a daily basis. For more information, please contact media@glas.agency.