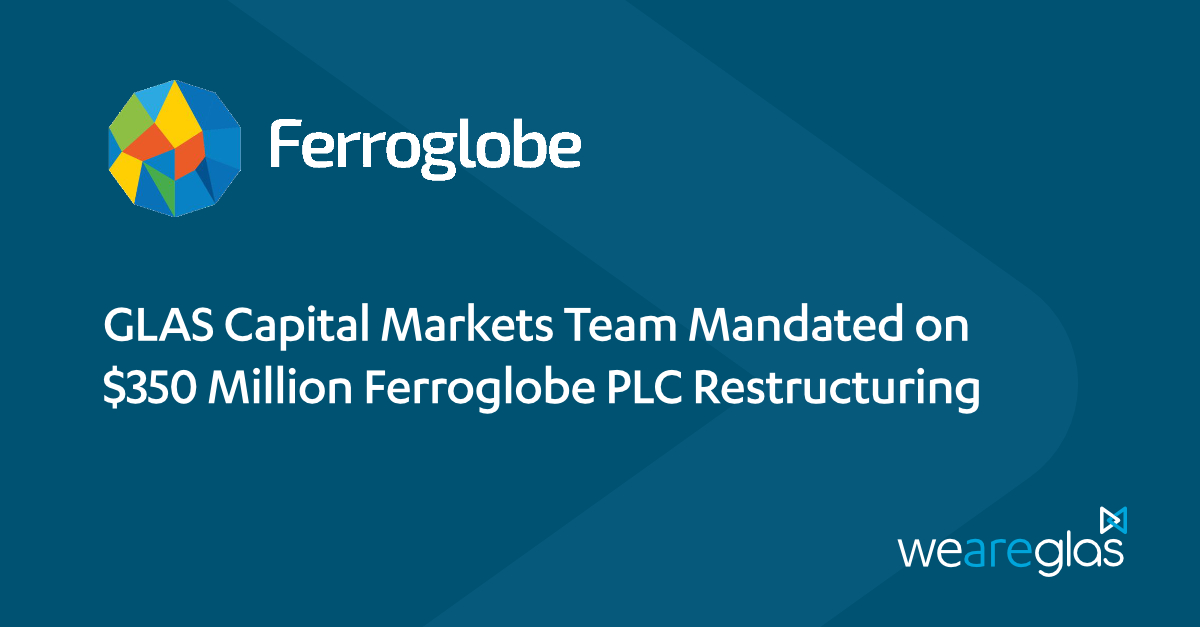 Ferroglobe PLC has recently launched an exchange offer to refinance its existing US$350 million 9% Senior Notes due 2022 issued by the Parent and Globe (the “Old Notes”) 2022. The first step of the of the lock-up agreement has been implemented and the offer includes an exchange of the Old Notes for new notes due 2025, and an offer for existing holders to subscribe for new super-senior notes maturing in June 2025 for an amount US$60 million, divided into two tranches of US$40 million and US$20 million, and the granting of certain personal guarantees and first-ranking security interests over the assets of the Spanish subsidiaries.

Mia Drennan, GLAS Co-Founder and Group President, said, “Given the nature of this transaction we were able to line up a cross border Capital Markets deal team to support the European and US deal parties on this transaction and manage Euroclear, Clearstream and DTC Creditors.”

About GLAS
Global Loan Agency Services Limited was established in 2011 as an independent provider of institutional debt administration services. The company was originally created to provide the market a willing participant in complex loan restructuring transactions where many large institutions are reluctant to take swift and cooperative action. It offers a wide range of administration services developed specifically for the debt market. GLAS is recognised as the premier independent, non-creditor, conflict-free provider of loan agency and bond trustee services, with excess of EUR 110bn of assets under administration on a daily basis. For more information, please contact media@glas.agency.