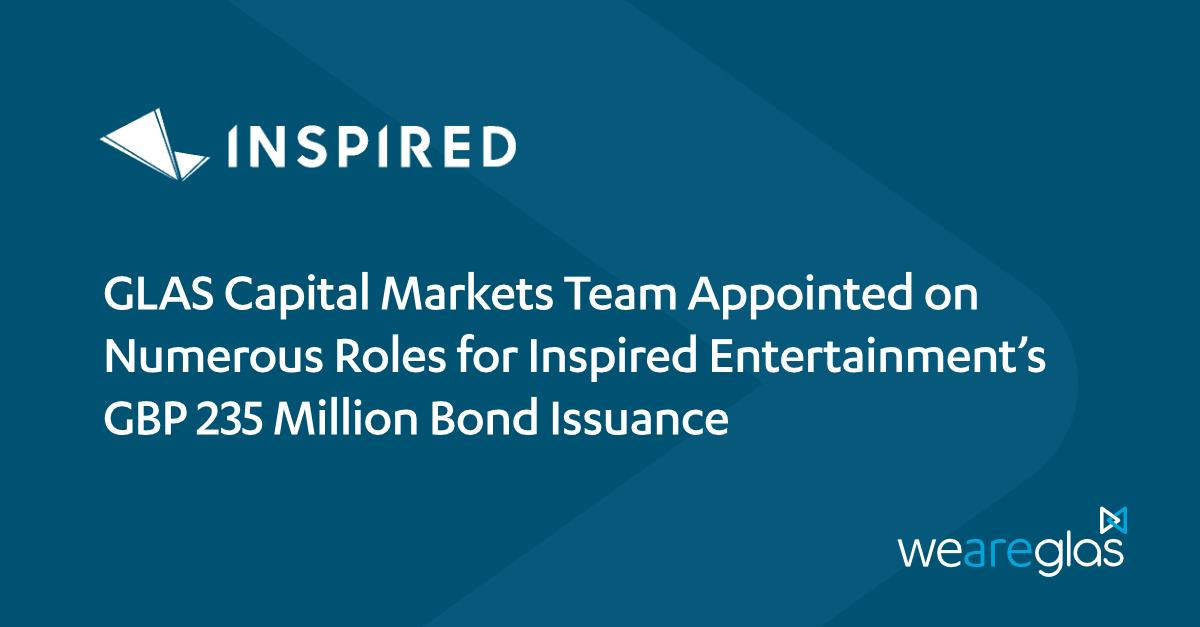 GLAS has recently been appointed to act as Indenture Trustee, Paying Agent, Registrar and Transfer Agent for Inspired Entertainment’s GBP 235 million 7.875% Senior Secured Notes due 2026 and as Facility Agent on its new GBP 20 million super senior revolving facility. GLAS has also been appointed to act as Security Agent in connection with the above financing. The company used the proceeds of the Notes to refinance its existing credit facilities and for general corporate purposes.

Joanne Brooks, Head of GLAS UK and Europe, says, “We are delighted to have been appointed on numerous roles for this transaction across a number of our teams, highlighting our nimbleness and flexibility.”