Direct Lending, Dutch Edition: Private Credit Ramps Up as Banks Step Back from the Agency Function 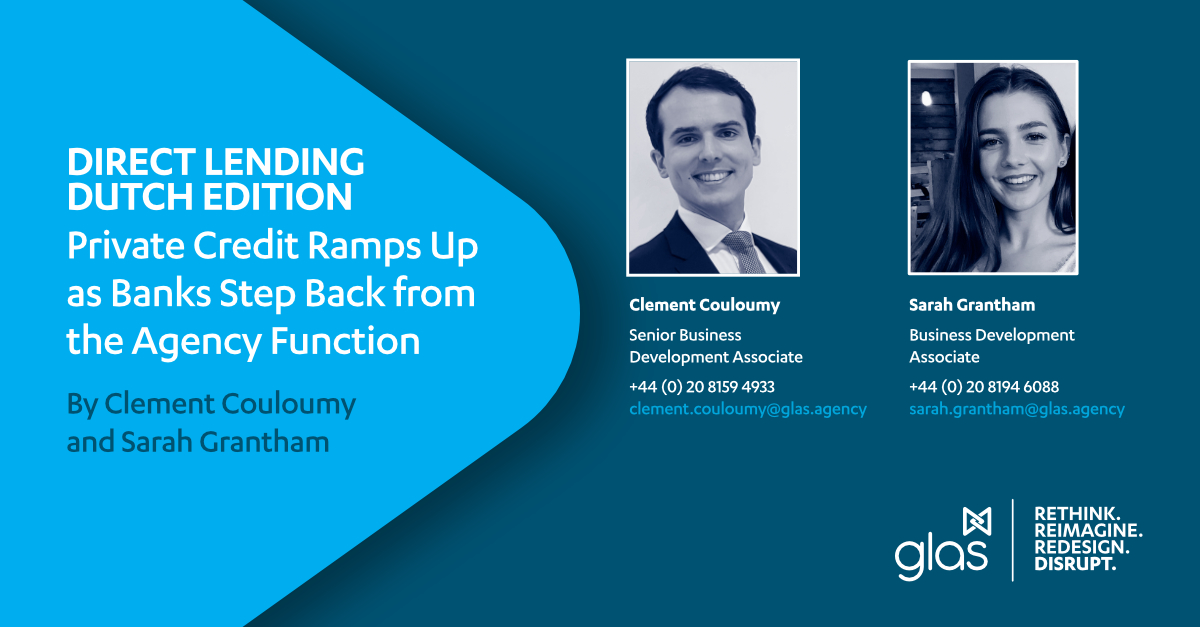 Direct Lending, Dutch Edition: Private Credit Ramps Up as Banks Step Back from the Agency Function

By Clement Couloumy and Sarah Grantham

The Netherlands is home to a prosperous economy fueled by trade with other European countries and a thriving transportation hub. Beyond that, a key catalyst of growth for Dutch businesses in recent years has been the growth and expansion of the direct lending landscape.

Dutch borrowers increasingly view private credit as a viable alternative method of debt financing as they look for better terms and leapfrog the traditional bank lenders that dominated the space just a decade ago. While this evolution is clear in the American and U.K. markets, the private debt market in the Netherlands, like much of continental Europe, has only come into its own in the last couple of years as the pandemic accelerated direct lending activity.

A few key factors created this dynamic, including the rising private equity investment in the country and consolidation among smaller banks. As private equity deploys more capital in the Netherlands, the appetite for debt financing by private funds that can provide more flexibility and competitive pricing will only grow. At the same time, as larger domestic banks increasingly buy up smaller banks, the universe of bank lenders in the region continues to shrink, driving greater opportunity for direct lending.

And it goes both ways: in the leveraged finance space in particular, some banks are preferring to do less lending to small and mid-size enterprises (SMEs), freeing up their capacity to focus more heavily on larger transactions. The advent of the global pandemic pushed an already established trend over the edge and accelerated banks’ exits from the space.

Increasingly, we expect sponsors to continue setting up their own shops in the Netherlands as the market continues to evolve, which will drive more deal activity and financing needs—especially for cross-border transactions. For sponsors new to the market, funding may come from players in London and elsewhere in continental Europe, driving the need for partners who can facilitate deals across geographies.

To put things simply we’re in perfect storm situation right now: the volume of financing deals emerging in the Dutch market is exploding at the same time that banks are contracting their lending services. Deal parties and issuers are realizing the benefits of working with private credit funds—and independent agents who can support throughout the transaction process.

Amid these seismic market shifts, the GLAS team has shifted priorities to prepare ourselves to service the Dutch market to the highest standards. We have hired native Dutch speakers to collaborate alongside our experienced transaction managers across the globe on both local and cross-border deals, including the most complicated transactions that may require multiple currencies.

Our turnaround times on KYC and other transaction elements are unmatched, allowing deals to proceed to close even on the tightest of timelines.

GLAS representatives will be visiting clients and friends in the Netherlands this May. To schedule a time to connect, please reach out to us at clement.couloumy@glas.agency and sarah.grantham@glas.agency.