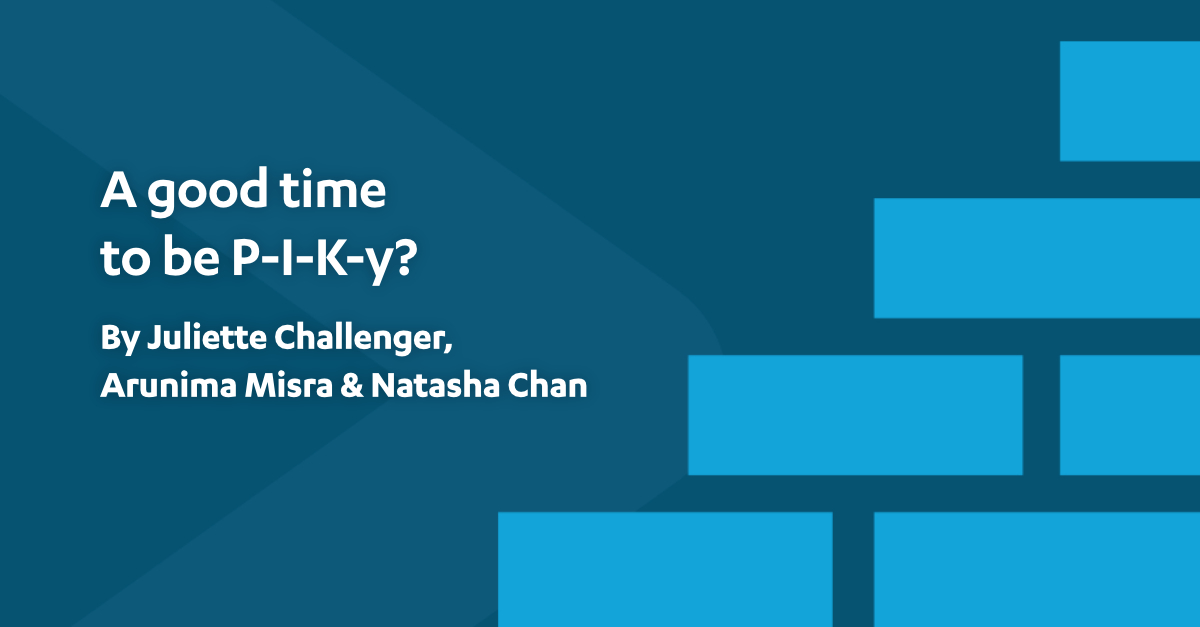 In the wake of some notable high profile failures of PIK notes in debt restructurings following the financial crisis, arrangements combining a variety of debt and equity-like characteristics have been re-emerging with a variety of features which make these more attractive to companies and investors alike. This article focuses on the increasing trend for innovative uses of PIK notes in such financing arrangements.

The popularity of PIK (“payment in kind”) debt, which peaked in the high risk appetite era just prior to the 2008 financial crisis, has seen a resurgence in recent years, incorporating a variety of characteristics and features designed to attract investors. Given the abundance of capital and low interest rates, a number of “hybrid” investments, which fall between pure debt and pure equity, are a popular feature in complex restructurings, enabling companies and investors alike to take a more cautious approach to PIK debt, while providing incentives and potential significant advantages. These instruments offer much needed liquidity for companies, whilst protecting downside risk with equity upside potential for investors.

Preferred equity shares (being a class of equity which ranks ahead of ordinary shareholders in an insolvency), convertible debt instruments (where loans or bonds can be converted into a specified portion of equity), and PIK debt (where interest payments are deferred and capitalised in accordance with certain terms), have been an increasing feature of recent deals for investors looking for ways to deploy capital and generate attractive returns, and deals structured with instruments of this nature will continue to develop and build confidence in such arrangements.

PIK debt typically refers to a loan or bond where all or some of the accrued interest is capitalised throughout the life of the debt instrument. Deferred payment of cash is compensated by a higher rate of return than for senior debt. The PIK loan or bond will typically be issued by the holding company of the parent of the corporate group receiving senior debt, with the PIK debt ranking behind the senior secured bank debt issued to the company, but ahead of equity investors. PIK financings can be structured in many ways, but typically have the following features:

Interest – can be fixed or floating instruments comprising:

Covenants tend to follow those in the senior debt documents, but will often be looser, and will typically include:

Why and when used?

PIK instruments are attractive to companies preferring not to make cash outlays. This affords the company greater flexibility to conserve cash for specified events or actions or to weather downturns in the business cycle by choosing to compound interest or determine when cash interest is paid. In most cases, PIK instruments comprise a fraction of a company’s total outstanding debts and are structured so they mature later than the company’s other debts. This allows the company to focus on repaying its traditional debt, and provides a form of “mezzanine” debt, without impacting on the company’s balance sheet.

PIK instruments can also be used as an incentive for creditors to vote in favour of a restructuring or lock up to support a restructuring at an early stage, with noteholders allocated PIK bonds/ notes as an entitlement post-restructuring.

PIK instruments are often stapled/semi-stapled with other debt or shares in a new holdco structure, meaning that they will need to be held/ transferred together. This can be seen as an incentive for investors who wish to receive an upside to the senior notes.

In addition, PIK instruments can have additional restrictions/ obligations placed on their transfer including the loss of rights to receive further payments of cash or PIK interest, and other governance rights.

Some notable advantages of PIK instruments are:

The practicalities of PIK instruments

There are several practical considerations when dealing with PIK debt instruments, which will be dependent on, amongst other things, the specific transaction, the type of PIK selected, and the ability of the instrument to be cleared in the Clearing Systems. Where PIK instruments are not held within the Clearing Systems (and therefore not assigned a related ISIN code), they will be recorded on a register, which is held with a note registrar, such as GLAS. As these are entries in a register, holders will not get position statements but can approach the PIK registrar to confirm their position.

For registered PIK notes, Bloomberg also can assign a Unique Identifier so that holders/custodians can keep a record in their systems. Trading of PIK notes involves completion of transfer certificates which need to be signed by both transferor and transferee.

Share transfer certificates (and arrangements for delivery of original documents), will need to be completed simultaneously if the instruments are stapled, together with any debt transfer certificates, where relevant. Typically, the purchase price of the PIK notes will move directly between holders in this instance, and not via the Clearing Systems or the agent on the PIK notes, such as GLAS.

Tax considerations will also be relevant in determining the form that a PIK instrument takes, and whether or not this will be privately held, or issued through the Clearing Systems, and/or issued on a stock exchange.

As a global independent provider of debt administration services, GLAS frequently works on complex debt restructuring deals involving a PIK debt element, and other hybrid instruments. The recent HEMA Group restructuring, which was implemented via an English scheme of arrangement combined with a Dutch share pledge enforcement, was one such deal involving PIK notes in the debt structure.

HEMA Group (“HEMA”), one of the largest and highly renowned Dutch retailers, had unsustainable indebtedness and had fallen into financial difficulties, compounded by the COVID-19 pandemic. HEMA restructured its indebtedness of €750m debt (including bond debt with a face value of €600 million) via a partial debt to equity swap, which halved its debt to €300m. The restructuring also saw the issuance of PIK notes by a new holding company within the Group (“Holdco”), and the improvement in its liquidity position by the issuance of an additional €42m of new bonds, secured private placement notes (to be held in the Clearing Systems) and listed PIK notes, which were quasi-stapled to the new equity issued, offered to scheme creditors.

The new Holdco PIK notes provided for cash and “payment-in kind” interest, were unsecured and structurally subordinated to the senior debt, held in dematerialised registered form, and listed on the International Stock Exchange. The Holdco PIK notes were quasi-stapled to the shares in the new Holdco with certain restrictions on receiving interest (in cash and further new PIK notes) and certain limitations on voting rights placed on holders of new PIK notes where such holder did not hold the corresponding amount of newco shares.

The current competitive post-COVID environment of both debt and equity investors with an increased appetite for higher degrees of risk looking to deploy cash reserves on one hand, and companies keen to secure additional liquidity without overleveraging or diluting ownership on the other, see circumstances ripe for PIK instruments and other types of “hybrid” investments to continue to increase in popularity as part of a wider debt package as demand for products offering a high yield increases.

It is anticipated that companies and issuers will continue to create ways to make use of PIK instruments and other debt/ equity hybrid instruments in order to attract investors, and that the features and structures of such “hybrid” investments will continue to evolve over time with further bespoke terms to afford even greater flexibility for market participants.